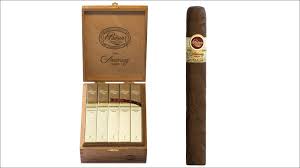 At the InterTabac trade show in Dortmund Padrón introduced the first cigars ever to come in square aluminum tubes. It’s two new cigars in the 1964 Anniversary line, named Padron 1964 Soberano and Padron 1964 Presidente. Both come with either Maduro or Natural wrapper. Jorge Padron has and was the originator of the box press cigar and was excited about the new cigar line up, available this week at Hiland’s Cigars at a great discounted price. 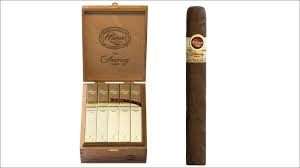