The cigars are rolled with an Ecuador maduro wrapper, a Honduran Habano binder and a mix of fillers from Nicaragua and Honduras, the same blend as the original release.

In a press release, brand owner James Brown referred to the line as an “evolution” of the company’s high-scoring Last Rites blend as it uses most of the same types of tobacco but utilizes different proportions and primings.

Black Label Trading Co. Viaticum is made at Fabrica Oveja Negra, a factory in Nicaragua owned by Brown and his wife, Angela. 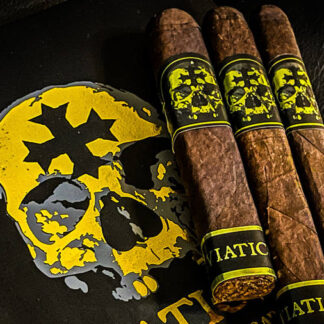