A new release named Garcia y Garcia, after the company’s owners, the García family. Unlike many of the limited editions released prior, it’s not a limited edition, rather a limited production release that is only sold at select retailers.

As for the cigar it’s a 6 3/4 x 54 toro extra that uses an Ecuadorian habano rosado wrapper over Nicaraguan fillers including criollo 98 and pelo de oro, a signature tobacco for the Garcías.

Pelo de oro, which translates into golden hair, is known for its unique golden color and the difficulties associated with growing it. The tobacco has been banned in Cuba due to its propensity to attract mold, but it’s grown in a few places outside of the island, including the García’s farms in Nicaragua. 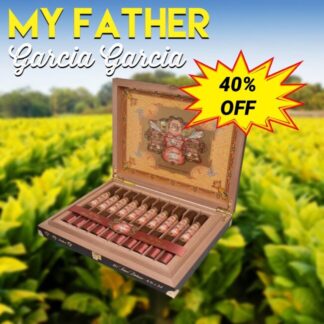