This cigar features a Connecticut shade wrapper from the United States, which is grown under mesh netting to filter the sun’s rays (Ecuador Connecticut does not require any netting due to the natural cloud cover in that country). New World Connecticut also uses binder from San Andrés, Mexico, and filler tobaccos from Nicaragua and Brazil. The new cigar is being rolled at the A.J. Fernandez factory in Estelí, Nicaragua.

The Connecticut version is not box-pressed. 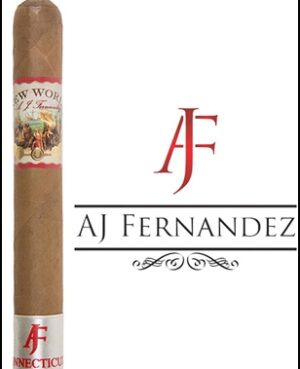