This limited production cigar released in 2014 commemorates the celebration of Pardons 50th Anniversary.

The initial release offered red sequential cigar serial numbers corresponding to each humidor number. Subsequent releases are available as a registered humidor refill only, are black in color and not sequential.

The unique blend is full-bodied, complex, but balanced, created exclusively to celebrate our 50th Anniversary. Aged a minimum of ten years, the 50th Anniversary cigar is available in sun-grown natural or maduro wrapper

We have 3 different packs available. 2 pack of 1 natural and 1 maduro, 2 pack of natural or 2 pack of maduro 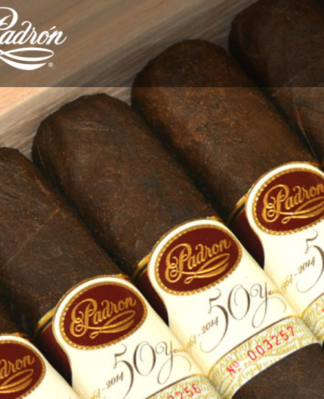